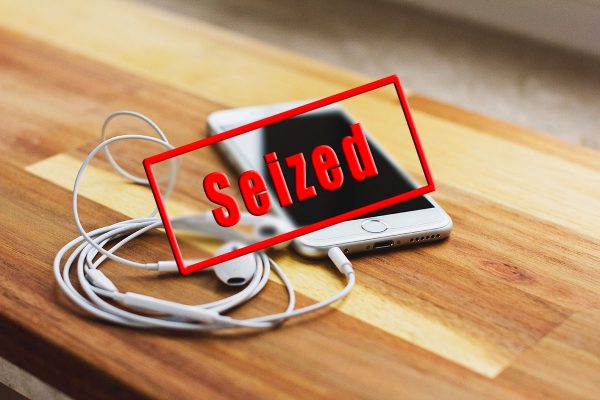 When crossing the U.S. border officers from U.S. Customs and Border Protection, or CBP, may ask to search your phone, tablet, or laptop. This includes asking for your password, making a copy of your data or even seizing the device for several weeks. Refusing to cooperate completely would likely result in not being allowed to enter the United States.

CBP officers have a lot of power to use their discretion and there appears to be abundant news reports on heavy questioning and searches of Canadians heading south in recent times. One article in the New York Times gave the following statistics:

While the numbers are incredibly small, the increase in searches of electronic devices from 2015 to 2016 was almost 500%. That trend could continue through 2017 and 2018.

A U.S. border agent can deny a Canadian citizen entry into the United States for any reason they deem reasonable which might contravene their immigration laws.

Here is one interesting point to consider; the U.S. Customs and Border Protection officer’s union was one of a few unions to fully support Donald Trump’s campaign to become President of the United States and Donald Trump has made it clear he would like to see tighter borders. It would seem that it’s reasonable to think that questioning and searches of Canadians entering the United States will only increase in the future.

Do you have questions about crossing the U.S. border? We can answer all your questions. Call us for a free private consultation at 204-453-0099.