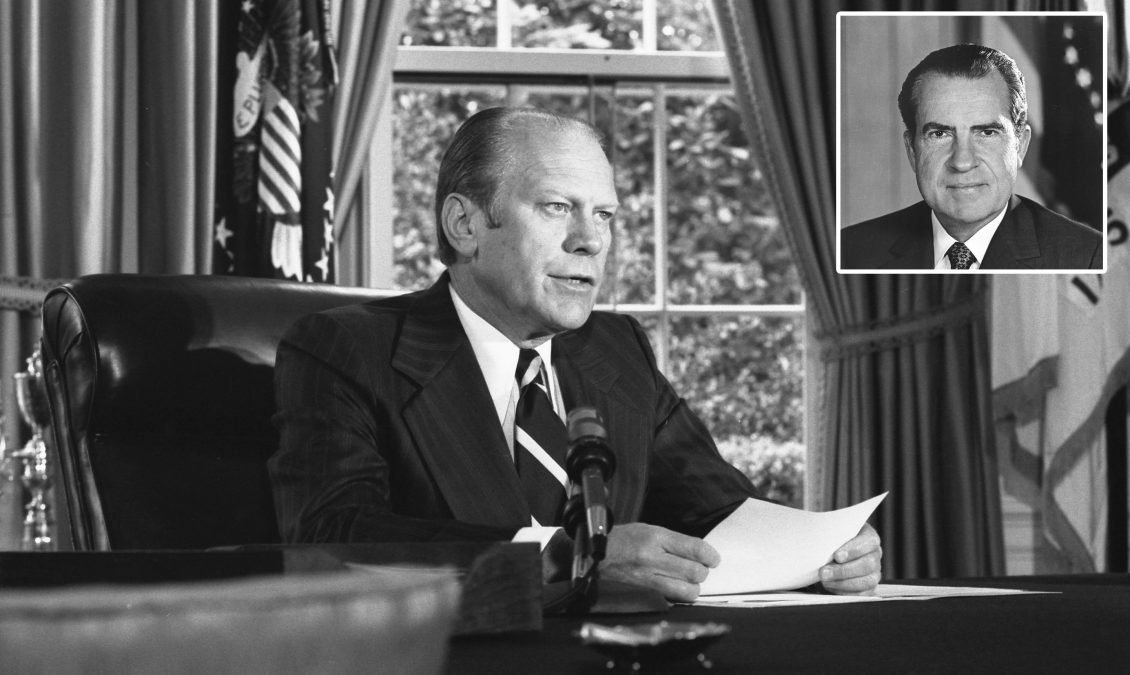 President Richard Nixon resigned in the wake of the Watergate scandal on August 9, 1974, received one of the most interesting pardons to date. In less than a month after taking office, President Gerald Ford gave Nixon a full and unconditional pardon for any crimes he may have committed while in office. “…do grant a full, free, and absolute pardon unto Richard Nixon for all offenses against the United States which he, Richard Nixon, has committed or may have committed or taken part in during the period from January 20, 1969 through August 9,1974.“ It sounds like the ultimate “get out of jail” free card.
Despite President Ford explaining on national television that he gave Nixon a pardon so that the country could move on, many Americans were not accepting of his explanation.

Pardons Services has always offered free private consultations to anyone seeking a pardon. The consult can be in person or over the phone. For an honest assessment of your pardon eligibility, call Mitch at (204) 453-0099 or fill in the form on this page.

Heiress Patty Hearst, the infamous granddaughter of American publishing magnate William Randolph Hearst, became famous for events following her 1974 kidnapping by a left-wing domestic American terrorist group calling itself the Symbionese Liberation Army. Hearst was held for some 19 months and was found guilty of helping in a bank robbery and subsequently sentenced to 35 years in prison in 1976. This was later reduced to 7 years.
President Jimmy Carter commuted her sentence in 1979. Later, Bill Clinton gave Hearst a full pardon on the last day of his presidency in 2001.

Caspar Weinberger tenure as Secretary of Defense is the third longest in U.S. history and saw the final years of the Cold War. Weinberger’s involvement in the Iran-Contra affair led to an indictment on two counts of perjury and one count of Obstruction of Justice on June 16, 1992. The Iran-Contra affair concerned the selling of US Hawk and TOW missiles to Iran. The money received from Iran were then channeled to guerrilla rebels known as Contras, who were fighting the socialist government of Nicaragua.
On December 24, 1992, President Bush who had been Ronald Reagan’s Vice President during the scandal granted Weinberger a presidential pardon absolving him all guilt, as if the crime and never being committed.

Born Bradley Edward Manning, trans-women Chelsea Manning was a U.S. Army intelligence analyst convicted of a 2010 leak that revealed American military and diplomatic activities. Most notable was the scale of the leak which included some 750,000 classified, or unclassified but sensitive, documents to WikiLeaks. She was sentenced to 35 years at the men’s maximum-security U.S. Disciplinary Barracks at Fort Leavenworth, Kansas.
President Barack Obama commuted Manning’s sentence after seven years. Many believe that the 35-year sentence, which is the longest sentence ever imposed for leaking classified information, was excessive at best. During the seven-year served Chelsea Manning attempted suicide twice and went on a hunger strike aimed at obtaining sex reassignment surgery.

During the 1950s and 60s, Junior Johnson became one of the very first NASCAR superstars. After his run as a driver he parlayed his success to becoming an immensely successful team owner. It was in 1956 that the feds caught the NASCAR star with a moonshine still in North Carolina. He spent some 11 months in federal prison after receiving a two-year sentence for the crime. Despite almost a year in jail Junior Johnson went back to racing and continue to win. In late 1986, Ronald Reagan penned a pardon for Johnson’s moon-shining conviction.