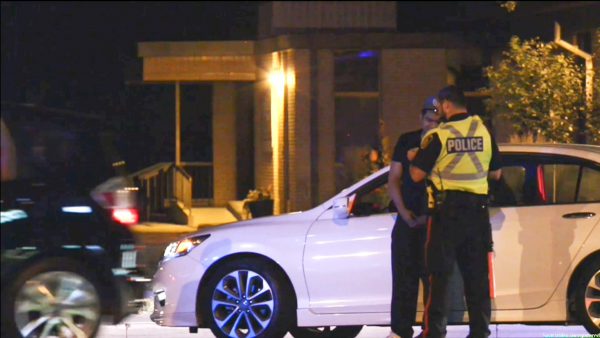 In Canada, when someone refers to a ‘DUI’ they are typically talking about a criminal charge for either Operating Under the Influence, or Driving with more than 80 mgs of alcohol per 100 ml of blood (more commonly known as having a Blood Alcohol Content more than 0.08). A pardon, or record suspension, will seal your criminal record with regards to criminal background checks for employment and security purposes.

DUI simply stated is driving under the influence of alcohol or another substance such as marijuana. If a police officer pulls a driver over and suspects they are under the influence of a substance then they can conduct a roadside assessment that involves a series of physical tests and observations. If the officer decides based on the observed evidence that the driver is impaired then a charge of impaired driving may be made at that time.

Driving Over .08 is when a police offers pulls a driver and administers a blood alcohol test (breathalyzer) because the officer suspects that the driver has been drinking.  If a blood alcohol level exceeding .08% is confirmed by the breath sample, the individual is charged with driving over the legal blood alcohol limit of .08%.

If you refuse to provide a breath or blood sample, refuse to participate in a physical coordination test or drug recognition evaluation test, or fail to follow the officer’s instructions regarding the test, you can be charged with a criminal offense.

For any of the examples above, the driver is charged with a criminal code offence that may well lead to a conviction and a criminal record that persists until they can apply for a pardon.

DUI, Driving Over .08 & Refusal Are Most Commonly Summary Offences

A summary offence is the lowest level offence you can commit in Canada. It also carries the shortest waiting period to be eligible to apply for a Pardon (five years vs ten for an indictable offence). That said, there are times that DUI can be an indictable offence however this is most commonly the result of an aggravating circumstance. By aggravating circumstances we typically mean a DUI where physical harm was caused or another significant factor was at play during the incident.

The waiting period for a summary offence – five years – begins AFTER all the conditions of the DUI/.08 conviction have been met. This includes any fines and restitution that may have to be paid as per the judges ruling. It is important to note that Driving Prohibition does not count towards your waiting period.